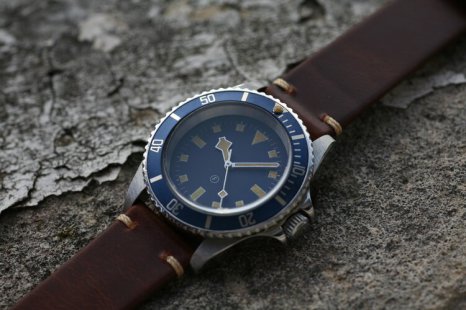 nA routine meeting between Watchmaker Simon Freese and world renowned watch collector, William Roberts in 2016 marked the beginning of Freese Watches. At their usual meeting place, deep in the Surrey countryside, William asked Simon if he could make a watch that would have the warmth, character and charm he admired in his vintage watch collection, that could be worn without worry about value or fragility.

Simon was inspired by William's request, and upon returning to his workshop in rural Essex set about building the first prototype. The watch was going to be made from available components, with each part modified to provide a level of vintage charm. Simon was used to recreating patina on vintage watches, as many of the timepieces brought to Simon by collectors required such treatment. In order to satisfy William's fastidious nature, every component was considered, and altered. Parts were machined on the lathe to provide a more vintage profile, and modifications were made to the Swiss ETA movement that Simon chose for its reliability and quality.

A further year passed, of regular meetings between Simon and William. Five prototypes were rejected. on the sixth visit, William announced that the watch was ready.

On the 15th of April 2019, Simon placed a photograph on Instagram, showing the finished watch, the watches were all sold within 48 hours. Simon and William have continued to produce watches to order, allowing the individual to make a watch with their own patination preferences.